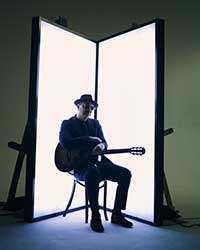 × The iconic Canadian songwriter and performer Matthew Good announced a 32 date headline tour. The run of dates is Matthew’s first return to the road with his full band since his sold-out nationwide tour with Our Lady Peace in 2018. The current slate of shows begin on March 4 in Pictou, NS and will bring Matthew across Canada with stops in Toronto, Calgary, Edmonton and Vancouver to name just a few. In addition to the tour dates, Matthew has announced his new album MOVING WALLS, available everywhere music is sold on February 21. The sumptuous, orchestral, and wildly multifaceted album is a 15 track masterpiece, recorded at the legendary Bathouse Studios with longtime Good producer Warne Livesey. MOVING WALLS was heralded by the emotionally charged first single “Sicily”