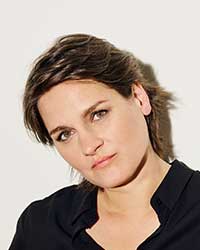 Careless Love Forever Tour With her dusky, lyrical style and affinity for reinterpreting classic jazz, blues, and folk standards, vocalist Madeleine Peyroux is a highly acclaimed, internationally recognized artist. Emerging in her teens as a street-busking performer in Paris' Latin Quarter in the 1980s, Peyroux drew favorable comparisons to legendary jazz singer Billie Holiday, and eventually caught the attention of the record industry. Born in Athens, Georgia in 1973, Peyroux grew up in Southern California and Brooklyn before moving to Paris with her mother at age 13, after her parents' divorce. It was there that Peyroux began singing, inspired by the street musicians of Paris' Latin Quarter. She found mainstream success in 2004 when her album Careless Love hit and she’s celebrating that album and the songs collected on it in her pandemic-delayed “Careless Love Forever” tour. Peyroux is the type of timeless and expressive singer who transports listeners with the emotionality of her performance. The Careless Love Forever tour will bring Madeleine Peyroux to Vancouver Island in November 2022.