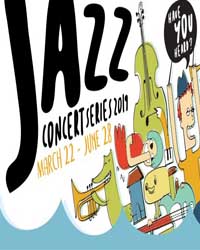 Syracuse native Joe Magnarelli moved to New York City in 1986 and soon became a regular participant in the New York and international jazz scene. From 1987, he toured and recorded with Lionel Hampton and Brother Jack McDuff.

Joe currently has ten records out as a leader, including his latest, “If You Could See Me Now” which graced the Jazz Week Charts for over 17 weeks. He has played on numerous jazz labels as a sideman. In 1990, Joe was a semi-finalist at the Thelonious Monk International Trumpet Competition in Washington, D.C.

Joe is currently an adjunct professor of music at the Juilliard School of Music and Rutgers University. He also conducts clinics and master classes around the world, sharing his musical experience and his knowledge from his past teachers. These teachers have included Jack Palmer, Sal Amico, Tommy Turrentine, James Moody, Garry Dial, Arnold Jacobs, and William Vachianno. Mags, as he is known, first played music at age 12, starting with guitar and trumpet lessons. He also picked out songs on the piano by ear. Joe’s early performance experience, from elementary through high school, came via playing the trumpet and guitar in church. Later, while attending Onondaga Community College in Syracuse, he was the pianist and choir director at the Central Baptist Church there.

In 1986, Joe received a bachelor’s degree in liberal arts from the State University of New York in Fredonia, and that year, he moved to New York City to pursue a career in music.